Can God’s goodness survive the evolution of species?

Dr. Matthew Ramage, a theologian at Benedictine College in Atchison, Kansas, thinks so, and has published an important article in the international journal Religions on the topic. His article, “Ratzinger on Evolution and Evil: A Christological and Mariological Answer to the Problem of Suffering and Death in Creation,” can be downloaded for free here. 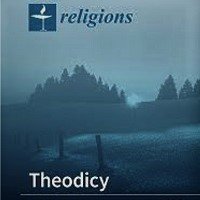 The article appears in a special issue of the journal, with the theme: Theodicy and Challenges of Science: Understanding God, Evil and Evolution. Theodicy is the name given to the defense of God’s goodness in the face of suffering.

It is a fascinating question. If species evolve through survival in the face of violence and death, then what could it mean to say that man brought sin and death into the world by an original sin?

Ramage sees the answer in the “Lord Jesus Christ … consubstantial with the Father; through [whom] all things were made.”

Ramage calls Joseph Ratzinger, who would become Pope Benedict XVI, a “towering theological figure” whose insights help “unlock the mysterious relationship of evolution, suffering, and death” by pointing to the “self-emptying” of Jesus Christ.

Ramage points out that Jesus himself sees the pattern of his death and resurrection built into the creation that was made through him. Ramage writes:

“In his 1985 Carinthian lectures, Ratzinger read Jesus’s words in John 12:24 as teaching that not just man but the entire cosmos has a kenotic [“self-emptying”] or paschal structure: “Truly, truly, I say to you, unless a grain of wheat falls into the earth and dies, it remains alone; but if it dies, it bears much fruit.” Ratzinger understands this dynamic to be a fundamental law of creation, whereby the suffering and death of organisms ultimately makes possible the rebirth and flourishing of life: “[T]he paschal mystery, the mystery of the dying grain of wheat appears before us already among the ideas of creation. Man must become with Christ a grain of dead wheat, to truly rise again and truly be lifted up, to truly be himself. Only then does he attain his real goal.”

The pattern of death and resurrection in nature is an image of God’s love, an image that becomes a freely chosen path in humanity. As Benedict XVI put it in 2008: “The Cross reminds us that there is no true love without suffering, there is no gift of life without pain.”

Ramage points out that we see the interplay between suffering and life all the time. The satisfaction of a well-spent day of hard work is greater than the satisfaction of a day of entertainment, for example. The key is to live suffering with love, as Jesus Christ did — and as the Blessed Mother did.

“This, then, is the key: Even if the human race has always suffered and died, the experience — like that which we ourselves sometimes glimpse in the midst of great trials — need not be one of affliction and despair. For, just as the self-giving that we find in the life of Christ and the Trinity itself is one of sheer bliss, so too man in his graced state could have found rapturous joy through his surrender of self in loving suffering. While we today cannot simply return to this original state, the good news is that God does offer us the grace to live our sufferings well, and he has left us examples of how to do so in Jesus Christ and the Blessed Virgin Mary.”

This lesson about suffering and resurrection is the backdrop that makes the evolutionary process not a strike against belief in the God of Christianity, but a natural reflection of it.