Let His Name Do Its Work: 4 Ways to Mention Jesus 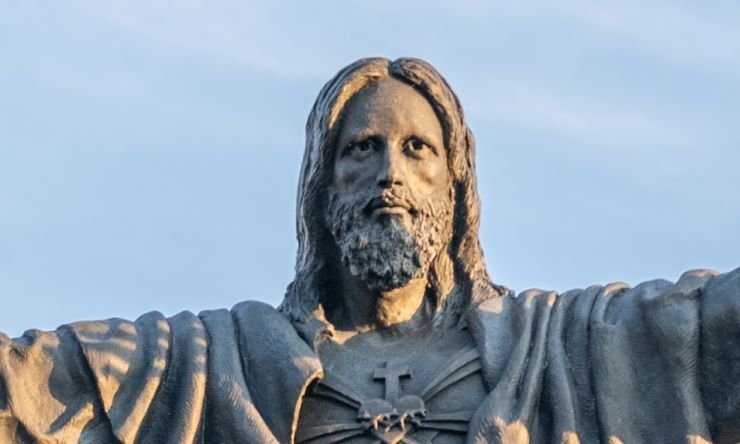 At the Symposium here at Benedictine College, I noticed that Catholic University theologian Chad Pecknold mentioned Jesus by name in every talk I heard him give — whether the talk was about Plato’s political thought or the results of the last election.

I asked him about it later, and he said it was intentional, because the Holy Name of Jesus is powerful and changes the character of a talk and the attitude of his audience.

I think that’s true. Saying Jesus’ name does several things: It “outs” us as a follower of Jesus, and so commits us to being more careful about what we say. It makes Jesus present, literally, and it witnesses to your hearer, making that great name a little less “unmentionable.”

I resolved to use his name more, in both public speaking and private conversations, and asked friends for advice.

First, saying Jesus’ name has to be authentic.

One friend pointed out that holy nuns and monks tend to use Jesus’ name in a natural way that is much more accepted. That is because we know from their lives that he is no stranger to them. We all need to be the kind of people whose lives of prayer and service show we are on familiar terms with Jesus.

But we also have to be careful not to violate the levels of intimacy we have with others.

A priest once spelled out the “five levels of communication” people follow. The first level is cliché conversation, where we ask each other about the weather. Then we proceed to the next level: reporting facts about ourselves (“I’m from Tucson”) and only after finding some common ground do we share ideas and judgments (“My favorite team is the Royals”). We don’t share intimate thoughts (“I think I’m in love”) until we know each other well.

If you jump prematurely to deeper levels of communication than your relationship warrants, people feel alarmed and unsettled — and most Americans consider conversation about religion as belonging to the deepest level.

That’s why it is good to have a way of speaking Jesus’ name that fits each level, from the habitual to the deep.

Andrea Brown, a mother of six in Atchison, Kansas, told me that when she was a missionary she was taught to say “Praise you, Jesus!” — out loud — in response to whatever happened, whether it was good or bad, big or small.

Each word in the phrase is important: “Praise” acknowledges all grace comes from Christ; “you” addresses the Lord himself, acknowledging his presence; and “Jesus” speaks his name, and not just his role, because his incarnation means he chose to be on a first-name basis with us.

“Not only does this actually call down the presence of God because we are praising him, but in a human way it changes the character of the event,” she said.

Third, get used to including Jesus when sharing facts about yourself and your ideas and judgments.

One easy way to talk about Jesus is to mention his everyday role in your life. “What a great weekend. I went to confession. It’s always a relief to bring my problems directly to Jesus.” Or “My morning prayer was such a blessing today. It is so good to touch base with Jesus first thing in the morning.”

Whenever you talk about your weekend, there is an opportunity to mention him —“Mass on Sunday was great. I love the chance to spend time as a family with Jesus” — and special occasions like Holy Week are even better: “I just love the Easter Triduum. You really get to know Jesus through the most heart-rending moments of his life.”

Fourth, let Jesus inform the advice you give.

In my experience, the Gospels have the answer to every problem, if you look hard enough. When someone asks you for advice, Scriptural lessons can make a huge difference.

If someone has a tough relationship with a colleague at work, suggest they take their problem to the person herself, just as Jesus says. If someone has a big goal they want to tackle but doesn’t know where to start, tell them Jesus suggests planning it out. Has a friend poured energy into a relationship that is going nowhere? They should move on, as Jesus says to. Is the suffering in their life too great? Tell them they can ask God to take it away or give them strength, as Jesus did.

However you do it, though, find a way to say the name of Jesus.

Pope Francis said this is precisely the way to transform the culture.

“Being a disciple means being constantly ready to bring the love of Jesus to others,” he said, “and this can happen unexpectedly and in any place: on the street, in a city square, during work, on a journey.”