Recognizing the Objective Order of Things: Catholic Stewardship of the Environment, 2 of 3 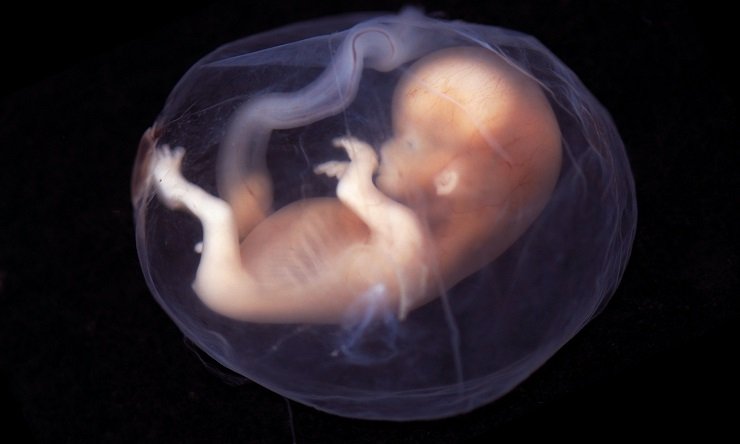 This is the second part of a three-part series. Read Part 1, “Seeing Creation With God’s Eyes,” here.

If the world is the gift of a loving Creator, how can we not be concerned with its care? If we believe in a Creator, we are not owners but stewards of all that is in our possession. Indeed, the theist has more — not less — reason to be concerned with the environment, endangered species, and the like.

The danger with the above-mentioned shift toward power-knowledge is that the natural world can easily be conceived as a blank slate for man to modify at will; again, if utility and expedience are the only norm, then anything goes, so long as it satisfies the desires of those in power. But if we adopt the creation-based perspective of Pope Francis — whereby creation embodies the wisdom and glory of the Creator — then we will seek to use creation in accordance with its intrinsic purpose. In this light, Francis writes:

The Holy Father is quite balanced in making clear the unique and infinite dignity of the human being, on the one hand, and man’s call to care for the gift of creation, on the other (see LS 90, 131). Indeed, it doesn’t make any sense to discuss man’s responsibility toward creation unless we first comprehend man’s utter uniqueness (see LS 118, 220); after all, we don’t blame squirrels for not taking better care of the environment. All of creation is ordered to man as the pinnacle of creation, as the one made in God’s own image and willed for his own sake (see LS 65, 90); yet man is called in a special way to cooperate in God’s providence. After all, we are the only creature that can act either in accordance with the good of our nature, or contrary to it; all other creatures manifest God’s providence simply by their natures and God-given instincts; the uniqueness of man’s nature is that we are aware of the divinely established order of things and can choose whether or not to participate in God’s providence over creation, both for ourselves and for others (see Summa Theologiae I-IIae q. 91, a. 2).

Indeed, Francis speaks frequently in this document of an “integral ecology” (see LS 15), by which he means the contextualization of environmental concerns in light of the infinite and inherent dignity of all human life at every stage. And so he states:

“[C]oncern for the protection of nature is … incompatible with the justification of abortion.” LS 120

“There is a tendency to justify transgressing all boundaries when experimentation is carried out on living human embryos. We forget that the inalienable worth of a human being transcends his or her degree of development.” LS 136

In other words, the dignity of the human person follows on simply being human, not on the degree of development (e.g., embryo, fetus, three-month-old, ninety-three-year-old), or skin color, or economic productivity; the inherent dignity of every human life is the only real basis for human rights—otherwise, it always comes down to an arbitrary decision given by those in power, as to who is and is not human. Martin Luther King, Jr. made this point well in his Letter from a Birmingham Jail, quoting in support the likes of Socrates, Thomas Aquinas, Augustine, Amos, and St. Paul. In this same vein, the pope rejects “population control” as a way of protecting the environment, because man’s very presence on earth is not the enemy (see LS 50, 60).

Our discussion is predicated upon the fact that there is an objective order of things, put there by God Almighty; if we look at a building, we see the embodiment of what first existed in the mind of the architect. So, too, when we look at creation, we see the embodiment of divine wisdom, establishing the authentic order of things. When we come to know things, we recognize this order which was first known by God (LS 80). While we have been speaking about creation at large, this too is the basis for the natural moral law—namely, that there is a reality to human nature, which makes certain actions consonant with the objective good of human nature and others contrary to its objective perfection.

Accordingly, Pope Francis references the God-given meaning of our bodies and sexuality. Indeed, much like John Paul II’s use of the phrase the “language of the body,” Pope Francis points to an objective meaning and purpose written into our bodies — a purpose that is not simply a blank slate for us to manipulate at will and use freely in accordance with our desires. Rather, as we pointed out earlier, freedom must be subordinated to the truth of things. He writes:

“The acceptance of our bodies as God’s gift is vital for welcoming and accepting the entire world as a gift from the Father and our common home, whereas thinking we enjoy absolute power over our bodies turns, often subtly, into thinking we enjoy absolute power over creation. Learning to accept our body, to care for it and to respect its fullest meaning, is an essential element of any genuine human ecology. Also, valuing one’s own body in its femininity or masculinity is necessary if I am going to be able to recognize myself in an encounter with someone who is different. In this way we can joyfully accept the specific gifts of another man or woman, the work of God the Creator, and find mutual enrichment. It is not a healthy attitude which would seek ‘to cancel out sexual difference because it no longer knows how to confront it’ (no. 155).” LS 155

In other words, the pope ties all of these issues together — concern for the environment and the ultimate basis for understanding our sexuality.

Previous: Seeing Creation With Gods Eyes, part 1 of 3.
Next: Throwaway Culture and the Call to Conversion, part 2 of 3.