St. Joseph Is the Master of Marian Consecration 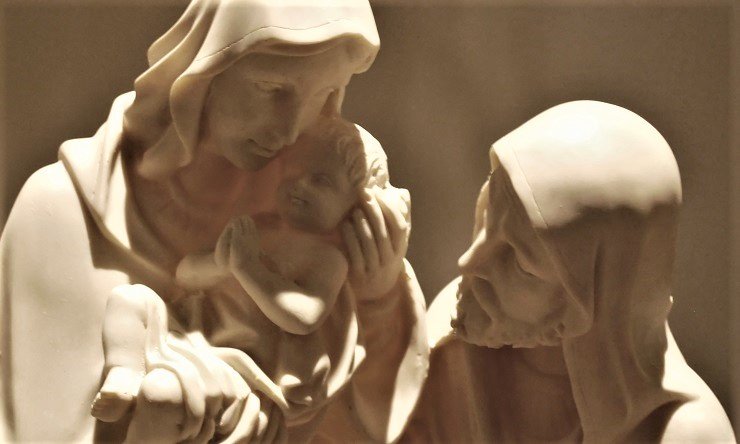 “The key to Marian consecration is St. Joseph.”

That’s what I told Father Michael Gaitley years ago when he had sparked a worldwide renewal in Marian consecration with his great book 33 Days to Morning Glory. He rolled his eyes. I didn’t have time to explain to him what I meant. Now I do.

His book gives four examples of saints who were masters of Marian consecration. Let’s compare each one to St. Joseph.

First, Joseph is the clearest example of the teaching of St. Louis Marie de Montfort that Father Gaitley shares.

“This devotion consists,” says St. Louis, “in giving ourselves entirely to Our Lady, in order to belong entirely to Jesus through her.”

Who is the ultimate model of giving yourself to Mary for the sake of Jesus? Joseph, the Husband of Mary is. His marriage to Mary satisfied the needs and expectations of his life as a Nazareth carpenter but the real purpose of his marriage was to bring Christ into the world — and preach the Gospel via his name (Matthew: 1:21).

This is the same for each of us: Giving ourselves to Our Lady should reveal the purpose of our life, Jesus.

“The creature most completely filled with love, filled with God himself, was the Immaculata,” wrote St. Maximilian Kolbe, Father Gaitley’s next example. “United to the Holy Spirit as his spouse, she is one with God in an incomparably more perfect way than can be predicated of any other creature.”

Through Mary, Joseph no doubt received a generous portion of the Holy Spirit. Elizabeth was filled with the Holy Spirit just by hearing her greeting (Luke 1:41), when the Apostles received the Holy Spirit they were in her presence (Acts 1:14); and even today, says the Catechism, “in prayer the Holy Spirit … unites us in the Church with the Mother of Jesus.”

By living in the presence of Mary, Joseph must have grown close to the Holy Spirit.

Third, St. Teresa of Kolkata’s “exchange of hearts” with Mary is Father Gaitley’s next example.

Father Gaitley points out that covenants are an exchange of persons, not just vows. In her “covenant” consecration Mother Teresa says we “exchange hearts” with Mary.

“Lend me your heart,” Mother Teresa prays, and “Keep me in your most pure heart.”

Who exchanged hearts with Mary first? Her husband, Joseph.

As Jesus himself says “a man shall leave his father and mother and be joined to his wife, and the two shall become one flesh” (Mark 10:8). We are used to thinking of this as a physical image of what happens between a husband and wife, but St. Paul sees it as a spiritual reality. He says, “This is a great mystery, I mean in reference to Christ and the Church; so, let each of you love his wife as himself.”

Surely, the man we celebrate under the title “husband” did this in Mary’s case. If we “exchange hearts” with her it is only a pale imitation of what he did.

Last is St. John Paul II, who took the motto Totus Tuus. Who had that motto first?

John Paul’s papal motto was a shortened version of Totus tuus ego sum (I belong entirely to you) thus devoting his work as pope to Mary. What did he get in return? An incredibly rich papacy, a fruitful prayer life, and safety when an assassin tried to kill him in St. Peter’s Square on the anniversary of Our Lady’s appearance in Fatima.

“One hand fired, another guided the bullet,” he said, and considered this a fulfillment of a vision given at Fatima of the pope under attack.

Who does this remind you of? Joseph was the first to entrust himself to Mary, the first to “take her into his home,” the first to devote his life’s work to her, and the first to flee violence with her at his side.

If you want to understand Marian consecration better, study the work of Father Michael Gaitley — and the life of St. Joseph.