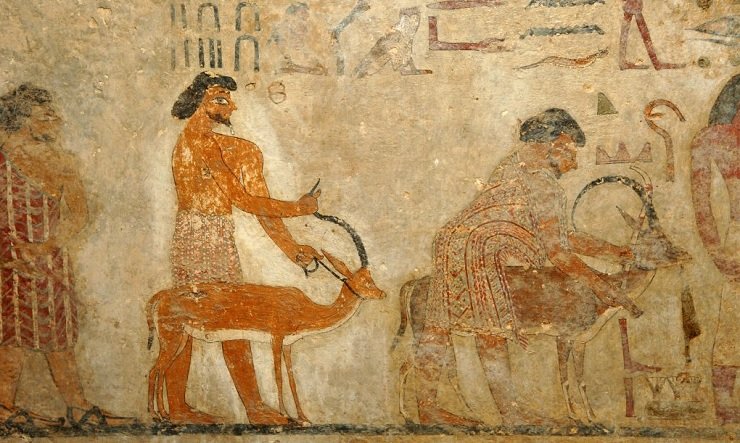 Along with so many Catholics, I am rediscovering the Bible through the American Catholic Scriptural renaissance.

I have been listening to Father Mike Schmitz’s Bible in a Year Podcast — the popular new program from Ascension, and it’s working. Reading the Bible is changing the way I think about a lot of things. Here are four.

First, in the Bible, God is a mystery impossible for us to grasp.

The podcast follows the story of salvation chronologically through the Great Adventure Bible reading plan, rather than reading the books in “Table of Contents” order.

You discover right away how little we know, and have ever known, about God. He’s the God who commands in great detail how animals should be sacrificed and also commands how you should treat a bird’s nest with fledglings that you find. He’s the God who allows terrible, cataclysmic things to happen, and who also makes extravagant promises and keeps them. He’s the God who answers Job’s questions with his own questions and who gives his name to Moses as simply, “I am.”

The lesson for me is to see how much our relationship with God depends on faith and trust — and how revolutionary Jesus Christ as God and man truly is.

The Bible in a Year podcast is not just the words of the Bible and Father Mike’s brief explanation each day. There are also remarkable introductory episodes by Father Mike and Jeff Cavins at the beginning and throughout.

One of the points Father Mike makes early on is that Scripture does not always call out an action as evil. Often, it simply shows the evil consequences that actions bring. For instance, Jacob uses a bait-and-switch trick to steal his brother Esau’s blessing from their father, and later becomes the victim of the same kind of sibling bait-and-switch trickery from another father.

But one thing I never noticed before is Joseph’s role in the slavery of the Hebrews to the Pharoah. Joseph is renowned for his wise stewardship of Egypt’s famine on Pharoah’s behalf — but one of his tactics is to take people’s lands and enslave them to Pharoah. Many years later, Joseph’s own people are the victims of the system of slavery Joseph once inflicted on others.

The lesson? Even at their best, human beings inevitably mess things up, and only God can deliver true and lasting justice.

Third, the Bible shows that the brokenness of the family is nothing new, and God knows how to handle it.

I tend to think of the family as uniquely broken in 21st-century America — and certainly that case could be made, looking at the high rates of divorce, sex outside marriage, and domestic abuse.

But going through the Bible shows that this is by no means new. Are marriage bonds fragile today? Not more than they were in the lives of Abraham and Sarah and Hagar or Jacob and Leah and Rachel. Is sex outside of marriage a problem? Yes, but not a new one: Look at Tamar and Judah. As for the cycle of abuse, it doesn’t get worse than the sin of Cain or of Lot with his daughters in Sodom and afterwards.

The lesson for those whose families are broken today (and isn’t that all of us, counting our extended families?) is that God’s love for us is relentless. He is not ashamed of us even when we have messed things up. He has seen the worst and fixed it.

Fourth: The Bible was written for me.

Overall, I guess the most important lesson for me has been discovering that the Bible is burningly relevant to my life.

There have been lovely bits of providence along the way, like the bronze serpent reading in the Old Testament coming up in the podcast last week right before Jesus referred to it in Sunday’s Gospel reading.

But even more than that, there have been surprising moments when the Bible podcast answered a question someone asked me the day before, or addressed a situation that I would face the next day.