What Is the Nature of a Church Building? 2 of 3 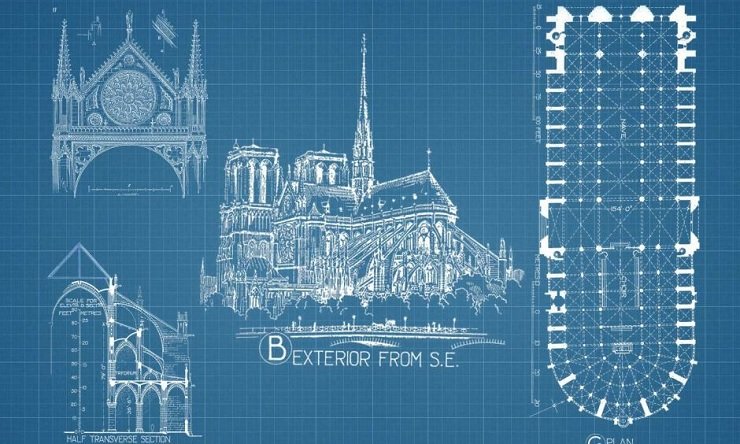 This is the second part of a three-part series. Read Part 1, “Restore the Liturgy; Start With the Building,” here.

The theology of the church building is developed and unambiguously presented in the introduction to Chapter II of the Order of the Dedication of a Church and an Altar (ODCA), under the heading, “The Nature and Dignity of Churches.”

The word “nature” is a flashing light in ecclesiastical documents, telling the reader about the fundamental meaning of the mystery celebrated. Citing John 2:21, the introduction reads: “Through his Death and Resurrection, Christ became the true and perfect temple of the New Covenant and gathered a people to be his own” (“The Order of the Dedication of a Church” (DC), 1). In other words, Christ perfectly fulfilled God’s promise to dwell on earth with his people and make them one with the Father. Importantly, it notes that “this holy people…is the Church, that is, the temple of God built of living stones.”

The unambiguous ontological conclusion follows: “Rightly, therefore, from ancient times the name ‘church’ has also been given to the building in which the Christian community is gathered to hear the Word of God, to pray together, to take part in the sacraments, and to celebrate the Eucharist“ (DC, 1). Here the theologia prima available in the Church’s liturgical books leaves no room for ambiguity, decimating the common mantra that the Church is only truly the people, so therefore the church building has no value beyond practical necessity. This dualist approach to the Church and church architecture is so widespread, particularly in Protestant Evangelical circles, that is almost impossible to pin it to one source (for example, see John Pavlovitz, “Remember, The Bible Never Mentions a Building Called ‘Church’.”) This flawed theology was nonetheless evident in the aforementioned Environment and Art in Catholic Worship, for example, paragraph 29 which claims that the “architectural floor plans” of the early Church were designed as “general gathering spaces.

The OCDA’s formulation also invalidates the commonly used anti-sacramental terms “environment” and “space” for church buildings. According to the Church’s own books, the church building is a tangible, material sign of the Mystical Body of Christ, and the space that it encloses takes its character from its tangibility determined by the decisions of its architect. As an image of the glorified Mystical Body of Christ, it is, like Christ’s own person, “at once the house of God and the house of the People of God” (LFS, 22) — and not a mere “gathering place.”

The introduction goes further in elucidating the true nature of the church building, calling it a “special sign of the pilgrim Church on earth and an image of the Church dwelling in heaven” (DC, 2). Here is explained the broad meaning of Christ’s Mystical Body and the full liturgical assembly in general: it includes and signifies the people assembled in the earthly pews and those brought to heavenly glory: the angels and saints. Fittingly, the Introduction also paraphrases Sacrosanctum Concilium 122, noting the building should be “a sign and symbol of heavenly realities” (DC, 3).

In sacramental theology, a sign points to another reality somewhere else, while a symbol makes present and active the reality it signifies, meaning that the church building is not simply a reminder of the nature of Christ’s Mystical Body but is expected to rise to the level of sacrament, broadly conceived. And the implications are clear. God’s earthly people are meant to grow into membership in this body through the sacraments of the Church, and the church building foreshadows the glorified unity of heaven and earth which awaits them at the end of time.

The prayers and readings of the Order of the Dedication of a Church and an Altar overflow with theological content, from the prayer at the laying of a foundation stone which speaks of the “holy Church” as “built on the foundation of the Apostles with Christ Jesus as the chief cornerstone” (LFS, 17) to the readings from the Book of Kings on Solomon’s Temple (LFS, 19) to Isaiah prophesying of the coming of Christ as the “precious cornerstone as a sure foundation” (LFS, 19).

The Universal Prayer for the laying of a foundation stone takes a sweeping biblical view, asking God to “gather his scattered children” (LFS, 30) in an echo of his gathering the tribes of Israel. These scattered children are like the uncut stones scattered across a building site, waiting to be “hewn and dressed by God’s hand” (LFS, 30) and become ready to be assembled into the building itself. This sheds light on 1 Peter 2:5, in which Christians are equated with “living stones being built up as a spiritual house.”

Next week: the next stage in the dedication of the Church completes the theological picture.
Read Part 1, “Restore the Liturgy; Start With the Building,” here.