Tory Baucum says something incredible is happening in Poland.

“You have more than a million refugees absorbed into a country, without refugee camps,” he said. “That’s remarkable.”

Baucum credits strong Polish families — the “domestic church,” in Catholic teaching — for this. He has been visiting the country to help families stay on track, as the director of the Center for Family Life at Benedictine College in Atchison, Kansas. 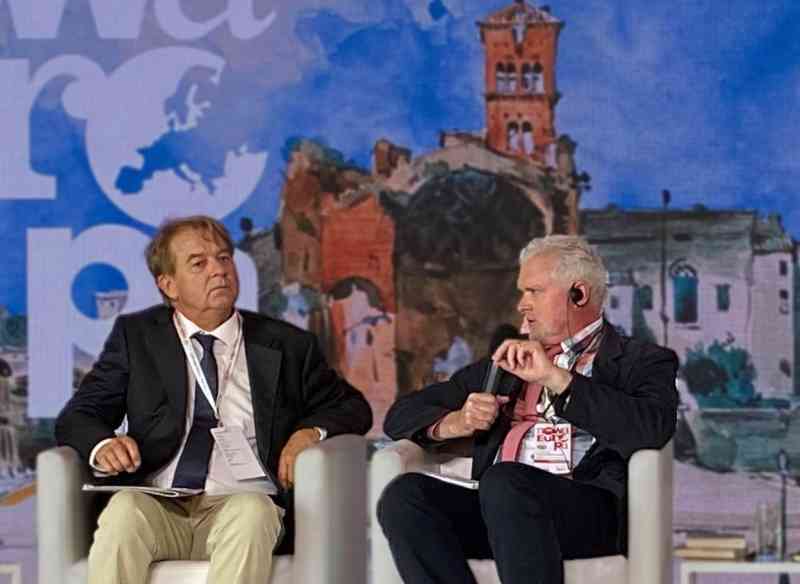 re a partnership with the Diocese of Warsaw for the purpose of helping the caregivers of refugees. “The Polish families, domestic churches, are carrying a disproportionate load in Europe. It will be very hard to sustain long term. Thus, the invited intervention.”

He invited Rabbi Dr. Marc Gopin to accompany him. “It was his first return to his ancestral home and the visit was punctuated by several sacred moments,” he said.

The two also spoke at a government-sponsored conference.  As a result, the deputy Prime Minister of Poland and other Polish leaders have asked Baucum and Rabbi Gopin to return to develop a systemic long term solution to their crisis.

“Poland is leading Europe in the Ukrainian refugee crisis and the domestic church leaders are leading Poland. Benedictine College’s Center for Family Life is coaching these leaders,” Baucum said.

She said the new refugees often come from areas heavily affected by the fighting, and some spent weeks hiding in bomb shelters in basements.

“They often arrive in a state of distress and anxiety, having left family members behind, without a clear plan for where to go, and with less economic resources and connections than those who fled earlier,” said Sarrado.

Baucum said that the country was uniquely prepared to intervene for people because of the pontificate of John Paul II.

“The Government and Church leaders have recruited me to teach them what I first learned from them. One leader said to me ‘you understand us better than we do,’” he said.

“Poland was my catechumenate and St. John Paul II’s theology and vision of the domestic church captured my heart,” he said.

Baucum served for 30 years as an Anglican Pastor, seminary and university professor. In the past decade, he and his wife Elizabeth explored entrance into the Catholic Church. The two spoke at the Vatican’s 2015 World Meeting of the Family in Philadelphia, then were prepared for entrance into the Church by Father Paul Scalia and Dominican Father Dominic Legge. Baucum became a Benedictine oblate at St. Benedict’s Abbey on the campus of Benedictine College and was received into the Church by Archbishop Naumann in 2020.

Remarkably, said Baucum, the Benedictine College Center for Family Life, “though an institutional infant, already has a national and international interreligious and ecumenical reach through its vision and theology of the domestic church — the family facing outward in love!”