A ‘New Aquinas’ and a 21st-Century ‘Doctor of the Church’: Benedict the Theologian

Matthew Ramage is a theologian at Benedictine College in Atchison, Kansas, whose books and talks have been featured by the Thomistic Institute and elsewhere. But his four significant books about decisive faith issues of our day all bear subheads that begin with the same three words: “Benedict XVI on …”

I interviewed him about the significance of Benedict’s theology in the Church in the 21st century.

Why all the books about Benedict? Do you see mediating Benedict as your personal theological project? 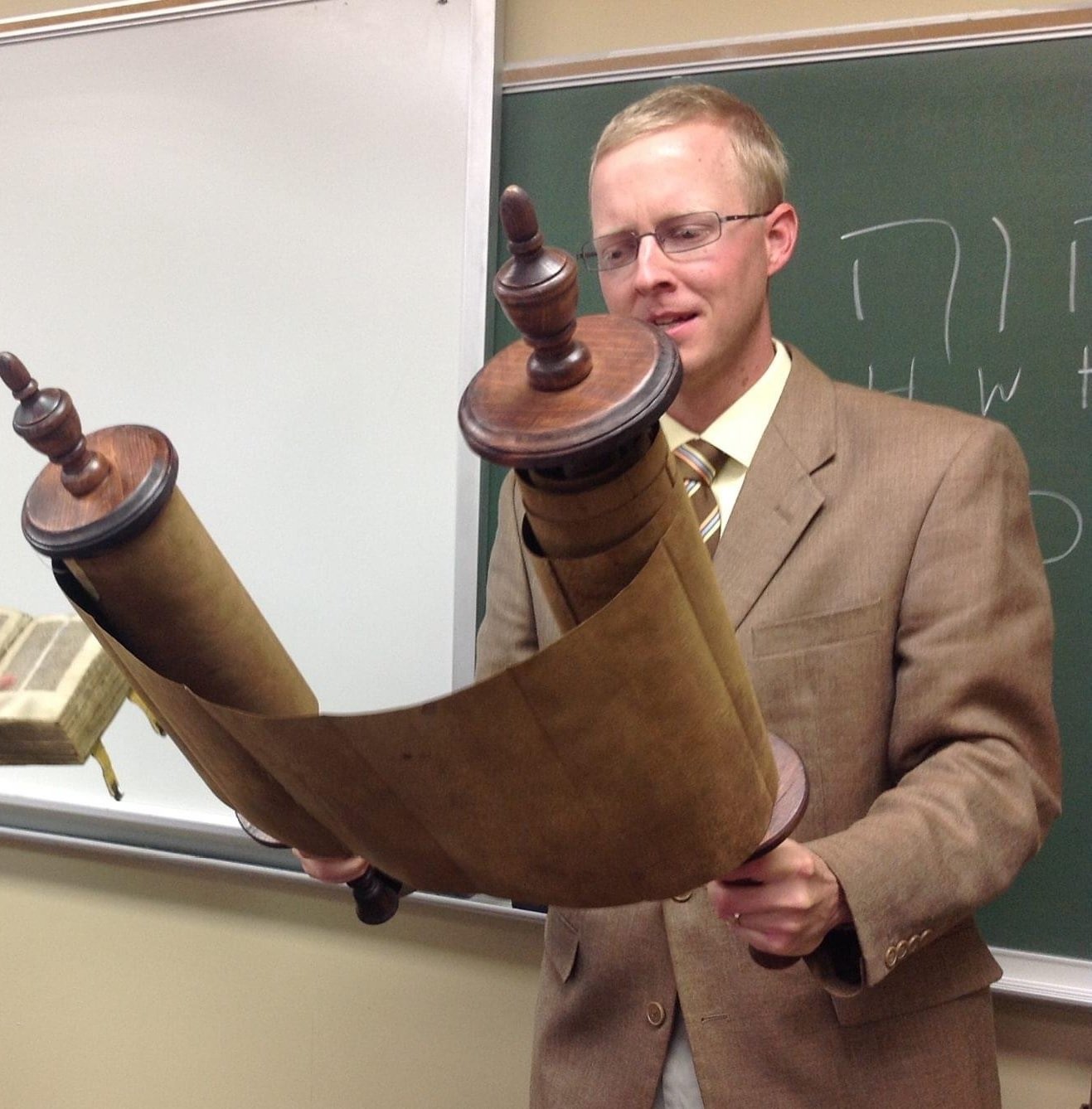 Matthew Ramage: I think about Benedict in much the same way I think about Thomas Aquinas. When I write or teach on Aquinas, it’s not really so much about the man and his particular conclusions as it is about the tradition that he has synthesized in an incomparable way.

I can say of both Aquinas and Benedict that, when I have a challenging question where I’m seeking clarity, I can always dig into their writings and find something that will help. He may not have fully explained it, but it will at least point me in the right direction.

The reason I’ve chosen to focus so much in my writings on Benedict is that, when I present his thought, it’s really what I’ve found to be the best modern synthesis of the Church’s understanding of the subject at hand and spoken in a way that complements the ancient tradition while making more accessible to people today, often by speaking in a more contemporary idiom — but more importantly by shining the light of faith on challenges that have arisen in contemporary times and demand a response here and now if we are to convincingly live and proclaim the gospel today.

An interesting thing about Benedict that again mirrors Aquinas is that he was always on the lookout to wed the ancient and the modern, enriching the ancient tradition by new discoveries while at the same time illuminating these same discoveries in the light of faith.

At the same time, since he spent so much of his career as an ecclesiastical official, many of the themes he wrote on he did not have the time to expand as much as he planned to do before being elected as supreme pontiff. So, what I end up trying to do in my writings is first piece together his wisdom on a given subject, but then also to fill it out and show its relevance to new problems by putting it into dialogue with other thinkers, past and present.

What one great idea did Benedict give to theology?

One of the most remarkable things about Benedict is that there is no single great idea that we can identify as his, because he was above all a man of the Church and not so much concerned with his pet ideas as with being present to address whatever was necessary in the life of the Church at any given moment in time.

He is arguably the most important theological figure of the past century, and many think that one day he could be a Doctor of the Church, bringing a much-needed voice of clarity and insight to topics ranging from biblical interpretation to liturgy to moral theology to the unity of faith and reason, and pretty much any other area of theology you can think of.

I was happy and not surprised that in the short spiritual testament published right after his death, he identified two specific issues that concerned him and which he spent so much of his career on: The importance of a mutually purifying dialogue between faith and science and faith and modern biblical scholarship.

The fact that he chose to mention these two areas of his work in his last testament cannot be overstated for understanding what was dearest to his heart — and it just so happens that these are the two areas I’ve spent most of my career on and where I’ve found Benedict’s example most crucial and compelling.

To take one line from his famous Regensburg address written in 2006 — the same time as this last testament — for this humble man of the church, the key to living the faith and evangelizing in the modern world is to embrace “the full breath of reason,” confident in the truth of the faith and its ability to handle whatever challenges come our way in any arena or time of life.

What is the biggest impact Benedict made on you personally?

I don’t know that I can say that I’m Catholic because of Benedict, but I can say that the fact that I am so confident in our faith has much to do with the example of this humble servant of God and incomparable lover of the truth who has shown us how to live a vibrant Catholic faith in the difficult times that we live in.

I came to theology in the first place because I was interested in the biggest questions, and here was a figure to face them head on without downplaying their importance, yet with the unflappable confidence that the tradition was equal to the challenge.

Throughout my career I’ve taken him as my guide, and all of my books and a lot of my teaching is trying to apply his approach to the most difficult and important topics facing the Church today.

Time and time again, whenever I’ve faced a challenge in my faith, it has been astounding how Benedict always had addressed it before I did and had a moving and compelling response: for example, how to deal with challenging Old Testament texts that seem to make God evil (which I addressed in my Dark Passages of the Bible book), the apparent contradictions in the Gospels and incompatibility of the faith with modern Biblical scholarship (which I addressed in my Jesus, Interpreted book), the apparent incompatibility of faith and science (which I recently addressed in my From the Dust of the Earth book), or what to do when the faith appears uncertain and everything speaks against it (which I addressed in my Experiment of Faith book). That is the one for me that is the most personal and that tries to get to the heart of Benedict’s spirituality.

How do you hope the Church will be shaped by Benedict XVI in the future?

I’m convinced that Benedict remains the premier model to look to for guidance in navigating controversies in the Church and world today.

He has an unrivaled ability to integrate all relevant facets of knowledge addressing problems, and his unwavering confidence in the Lord is the ground that allows him to meet any challenge in a faithful and balanced way.

Perhaps above all, what stands out as particularly promising to me is how we can emulate Benedict’s constant quest to clarify the essentials of the faith and distinguish the heart of the Catholicism from those things that sometimes must develop in order for its substance to remain the same.

As his last spiritual testament mentions on the subject of the dialogue between faith and science, the constant search for the truth wherever it may be found can help us to better ascertain the scope of theology and the limits of science and thereby enable a mutual enrichment of both.

And the great thing is that these principles apply to more than just whatever specific topic Benedict happens to be discussing at the time. If I had to summarize what Benedict was up to with all these efforts, it would be to implement the ancient principle memorably recalled at the opening of the Second Vatican Council by Pope St. John XXIII: The substance of the faith is one thing, and the way it is presented is another.

Or, to recall another ancient principle that Benedict modeled for us so well and that we must take to heart anew today: in the household of the faith we must have unity in essentials, liberty and non-essentials, and in all things charity.

A shortened version of this appeared at Aleteia.
Image: Flickr, Public Domain Mark.